It’s midnight and I’ve got Donna Summer on a loop and a cat that won’t stop until she has MORE FANCY FEAST NOW.

So clearly it’s time to write about a strip mall in Kempsville, drug trafficking, and the Caribbean island that gave us Rihanna.  Not sure how those relate?  Soon you will.  Read on.

Today when you say “Caribbean drug trade” people usually think of cocaine cowboys in Miami or those medieval catapults on the Mexican border propelling mary jane across the Rio Grande at 200 miles a second.  But the Caribbean drug trade is much, much older than that.  Three hundred years older.

Sugar and tobacco are some of the most addictive substances on the planet.  In the 1690s, Caribbean drug trafficking meant sugar and tobacco.  And these products were brand new to the European market.

One of the major producers of both was Barbados.  That little island was churning out incredible quantities of each.  But there was a problem: Virginia.

Compared to Barbados, Virginia was gigantic; the Old Dominion could churn out cancer sticks faster than anyone else.  And there was the undeniable truth that Virginia tobacco tasted better.  Virginia was no good for growing sugarcane, but who cared when you could grow gold in your backyard with a hoe and a pile of horse manure?

Barbadian planters tried to grow and sell their own tobacco in European markets, but nobody wanted Caribbean tobacco when they could get that sweet, sweet Virginia strain.  So smart Barbadians came up with a plan: throw some hogs and sugar and rum in a boat, take it to Virginia, and trade their tropical goods with the Virginians for tobacco that they could sell.  Or, better yet, they bought Virginia plantations of their own to grow high quality tobacco, and then traded it back home in Barbados for sugar.1  Processed sugar was a very new and tasty treat in 1650.

One family did just that.

Thomas Walke was part of a wave of Barbadian immigration to Norfolk and Princess Anne County in the mid 1600s.  Norfolk and PAC were ideal because they were on the coast: there was no long inland journey, goods could be taken to ships in a few hours, and Norfolk was already becoming a major shipping port back to England.2

In 1662, Thomas used headright patents to get 500 acres of land in New Norfolk County (soon to be Princess Anne County).  Headright patents were a wacky early incentive to encourage immigration to Virginia.  Here’s how it works3:

Item 4 was helpfully vague in the Virginia Company policy, and many colonists (like Adam Thoroughgood) exploited this policy to use their servants as access to more land.  In this case, Thomas Walke had no wife or children (yet), so that means he brought 9 slaves or servants with him.

He didn’t stop there.  Not satisfied with his first 500 acres, Thomas bought a second 360 acre plantation in Lynnhaven Parish in 1691.  As payment, he traded 6000 pounds of pork.

Richie Rich of the 18th Century

Once upon a time, there was a toddler that lived in Kempsville.  He was the son of Thomas Walke.4  Shortly after Thomas bought that plantation in exchange for a metric crap ton of swine, Thomas died.

Thomas must have sensed that the end was coming, because he wrote out a painfully specific will.  First, he wanted everyone he had ever met to have a ring.  And I mean that literally.  You get a ring!  She gets a ring!  Your sister’s barber’s turtle gets a ring!5

Second, he wanted his executor to buy his oldest son, Anthony, a plantation.  Sell his shiny new pig-plantation (I doubt they’d finished eating the pork chops), sell all the ships going back and forth between Virginia and Barbados, sell all the property in Barbados, and buy the most awesome, extravagant, amazing plantation money could buy.

There was also another son and a daughter, but the second son got a second-rate plantation in Currituck, and the daughter some furniture.

The executor did his job, and bought Anthony an 800 acre plantation called “Fairfield.”  And then he gave him the rest of his inheritance in cash: a cool million in 2018 dollars, and a lot of slaves.  A LOT of slaves.

It doesn’t stop there.  Anthony’s uncle died when he was a boy.  Thomas’ brother left Anthony 100 pounds (about $19,000 in today’s money) and another slave in his will.

Anthony was all set to be a Prince of the Universe at the tender age of two-and-a-half.

2 Why not trade with South Carolina or Florida?  They weren’t successful English possessions yet.

When Adam Thoroughgood hopped off the boat in 1622, he must have been very confused.

He had just left Norfolk, England, which looks like this:

And landed in what is today Virginia Beach, which looks like this:

Actually, I lied.  The second picture is Norfolk, UK too.  But you believed me, didn’t you?

My point is, the Norfolk he left behind looked an awful lot like the place he had just adopted. So it makes perfect sense that when Elizabeth City County was subdivided in 1634, he suggested the new smaller county be called New Norfolk.  And when Norfolk County eventually became the city of Norfolk, well, here we are.

It’s one of history’s little ironies that Virginia Beach’s favorite founding father selected the name for one of its traditional rivals. 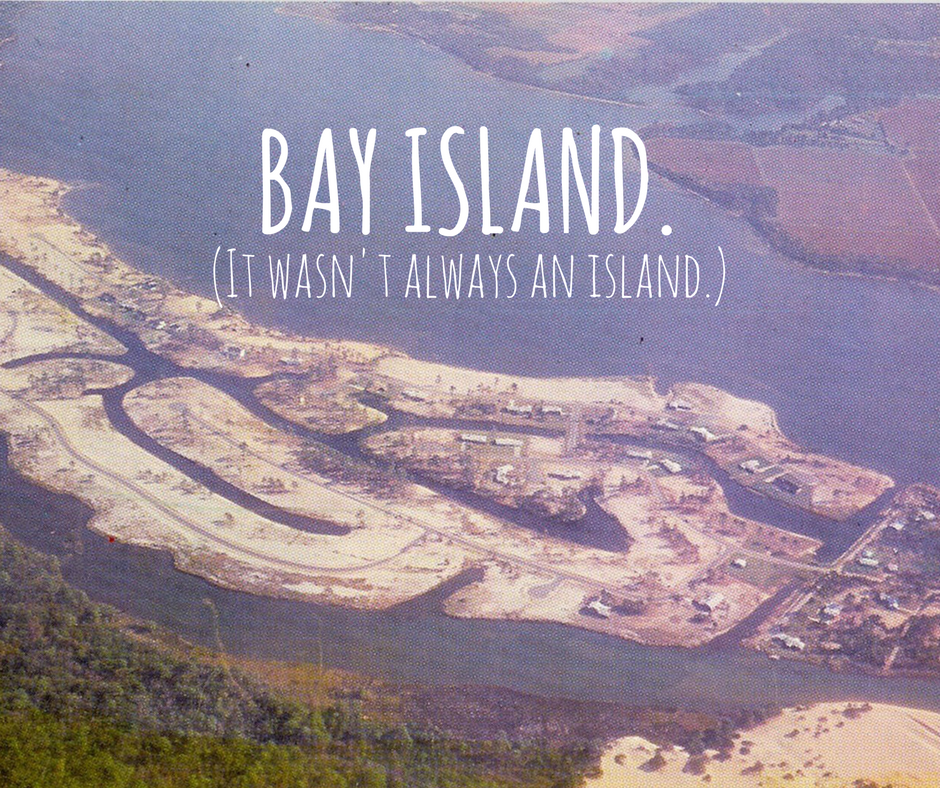